Tuesday, May 24
You are at:Home»Director and Faculty Advisory Board 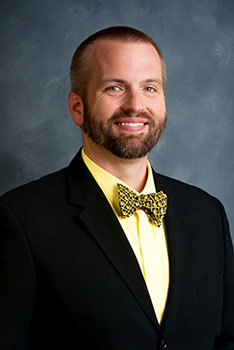 Dr. Kevin Johnson has been involved with the Center since 2000 when he was a graduate research fellow for the Center. After serving seven years as the Director of Research, he became the Director of the Center. He is the author of over 30 scholarly essays and book chapters. His most recent work includes essays in the First Amendment Studies Journal, Communication Law Review, Rhetoric Society Quarterly, and Review of Communication. In addition, he has presented over 70 competitively accepted conference papers or presentations, and appeared on top papers panels for the National Communication Association’s (NCA) Freedom of Expression Division, Rhetoric and Public Address Division, and Environmental Communication Division. He has received the Robert O’Neill Top Paper Award from the Freedom of Expression Division of NCA, and the David Eschelman paper award from the Law and Policy Division of the Broadcast Education Association. He has delivered invited lectures in the United States and Europe on rhetoric and First Amendment issues, and has been a guest to attend oral arguments at the Supreme Court of the United States. He has served as a consultant for argument strategy for counsel arguing in federal court, and has been recognized for his civic service by members of the U.S. House of Representatives, the California State Senate and Assembly, Los Angeles County, and the City of Long Beach. He is currently also Vice-Chair of the Freedom of Expression Division of the National Communication Association, and Vice-Chair of the Law and Policy Division of the Broadcast Education Association. 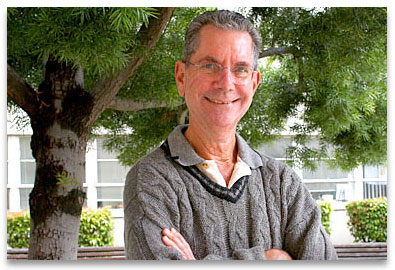 Dr. Craig Smith was named the Outstanding Professor on the campus in 2000 and won the same title from the National Speakers Association in 1997. He has also received campus awards for Distinguished Teaching (1997) and Distinguished Scholarship (1994). He is the author of sixteen books and over 60 scholarly articles and book chapters. His most recent studies on the First Amendment include A First Amendment Profile of the Supreme Court (John Cabot University Press, 2011), Freedom of Expression and Partisan Politics (University of South Carolina Press), Silencing the Opposition: Government Strategies of Suppression (State University of New York Press, 2nd ed. 2011), and The Four Freedoms of the First Amendment (Waveland, 2004). He regularly publishes editorials in such prestigious newspapers as the Miami Herald, the Los Angeles Times, and the Washington Post.

Dr. Smith has served as a consultant to CBS News for convention, election night, and inaugural coverage. He served as a full-time speechwriter for President Gerald Ford and Chrysler CEO Lee Iacocca. He has served as a consultant to President George Bush and Governor Pete Wilson among others. In 1983 he founded the Freedom of Expression Foundation and remains its president to this time. Dr. Smith taught at San Diego State University, the University of Virginia, and the University of Alabama at Birmingham before coming to Long Beach State. From 1996 to 1998 Dr. Smith served on the California Commission for Teacher Credentialing. He has served on the Statewide Academic Senate and was a member of the Board of Trustees of the California State University system.

Dr. Jennifer Asenas earned her Ph.D. from the University of Texas. She has published work in the Center’s First Amendment Profile of the Supreme Court (John Cabot U Press), and in notable academic outlets including First Amendment Studies Journal, Communication Law Review, and Rhetoric Society Quarterly. She currently serves as Chair of the Freedom of Expression and Political Communication Division of the Western States Communication Association. She served as a Graduate Research Fellow of the Center from 2000-2002. Her work with the Center involves thinking about the intersection between rhetoric and First Amendment issues, including the role of metaphor (e.g. “the marketplace” of ideas), rhetorical style and audience adaptation in the legal context (e.g., judicial style and constitutional hermeneutics), and the narratives surrounding the First Amendment. She regularly teaches upper division courses in rhetorical theory and criticism. In addition, she has participated in international forums in Italy regarding the freedom of expression in different cultural contexts.

Anthony Cuomo earned his M.A. in Communication Studies from California State University, Long Beach and received his B.A. in Communication at California State University, San Marcos. While attending CSULB, he was awarded a graduate research fellowship with the Center for First Amendment Studies and was the "Outstanding Graduate Scholar." In completing his degree, he authored a thesis project entitled, “SB 40 and Social Media: Constituting an Audience for and Against California’s LGBT Education Legislation.” The project examined how social media was used to support and oppose California's education legislation requiring LGBT history to be incorporated into K-12 curriculum. Since then, he has taught several courses at California State University, Long Beach, several community colleges, and in Rome, IT at John Cabot University. He is particularly interested in research about the First Amendment in academic contexts, with a particular expertise in First Amendment issues in the community college settings (including administrative, teaching, staff, and student challenges concerning First Amendment rights). His work for the Center includes work in resource development and operations, community outreach, and is an ambassador between the Center and community colleges in the surrounding area.

Dr. Christopher Duerringer earned his Ph.D. From Arizona State University. He has published work in notable academic outlets including Argumentation and Advocacy, Western Journal of Communication, and the Southern Communication Journal. He has been recognized on a number of occasions for his work in argumentation, including being awarded the top paper award in argumentation for the Western Forensics and Argumentation Association, and he is currently the Editor of the Journal of the International Public Debate Association. His work for the Center involves thinking about the intersections between argumentation and the First Amendment, including arguments made in Supreme Court decisions (e.g., the Court’s arguments about same-sex marriage, and the similarities/differences between First and Second Amendment arguments), and public arguments people make about the First Amendment. He regularly teaches a course in advanced argumentation, a course on social movements and protest in American politics, and graduate courses in rhetorical theory and criticism, and American public communication.

Dr. Amy Heyse earned her Ph.D. from the University of Maryland. She has published in the Center’s Silencing the Opposition: Government Strategies of Suppression of Freedom of Expression (SUNY Series in Speech Communication), and in notable academic outlets including Rhetoric & Public Affairs, Rhetoric Society Quarterly, Western Journal of Communication, and Communication Quarterly. Her work with the Center involves thinking about the impact of public affairs (including public policy, public rhetoric, and public media) on women’s rights, press coverage and the presidency, and political campaigns. She has published works on Presidents Barack Obama, Theodore Roosevelt, John F. Kennedy, and also Supreme Court Justice Stephen Breyer. She regularly teaches an upper division course on Campaign Persuasion that the Center introduced into the University’s curriculum. In addition, she regularly teaches graduate level courses that she has designed, including the Rhetoric of American Feminisms, and the Theory and Criticism of Presidential Rhetoric.

Barbara Kingsley-Wilson earned her B.A. in Journalism from Ohio University, and her M.A. from Ohio State University. She has been a journalist for 20 years, writing for notable news outlets including USA Today, the Orange County Register, and the Cleveland Plain Dealer. She has won awards from the Associated Press, Orange County Press Club, and contributed stories to the Register’s Pulitzer Prize winning coverage of a fertility scandal. She has also covered international stories, including time spent in Jordan and Israel. She served as President of the California College Media Association, and in 2016, was named Educator of the Year by the California Journalism and Media Affiliates. She is currently Advisor to the award-winning Daily 49er student newspaper at CSULB, and continues writing for news organizations including the Southern California News Group. Her work for the Center includes thinking about issues pertaining to freedom of the press in domestic and international contexts.

Dr. Jason Whitehead earned his Ph.D. from the University of Southern California and his J.D. (cum laude) from Willamette University.  He served as a judicial clerk to Judge Jack Landau on the Oregon Court of Appeals, and as a staff attorney at the U.S. District Court in Los Angeles. He currently serves as the Director of the Legal Studies program at CSULB. He is author of several essays in leading law reviews on issues related to critical legal theory, police practices, and business regulation. He is also author of Judging Judges: Values and the Rule of Law (Baylor Univ. Press), which examines how personal, social, and legal norms affect the process of judicial decision making. His most recent book project investigates the worldviews underlying Christian conservative legal claims, including First Amendment religious liberty claims. His work for the Center includes thinking about general First Amendment issues, freedom of religion, and assisting in the development of legal scholars and practitioners.